The rules for the Dependent Tax Deduction after divorce have changed. The Tax Cuts and Jobs Act that took effect in 2018 changed the various child-related tax benefits for divorced parents. The biggest change was the dependency exemption which was reduced to zero for tax years 2018 through 2025 under the current law. 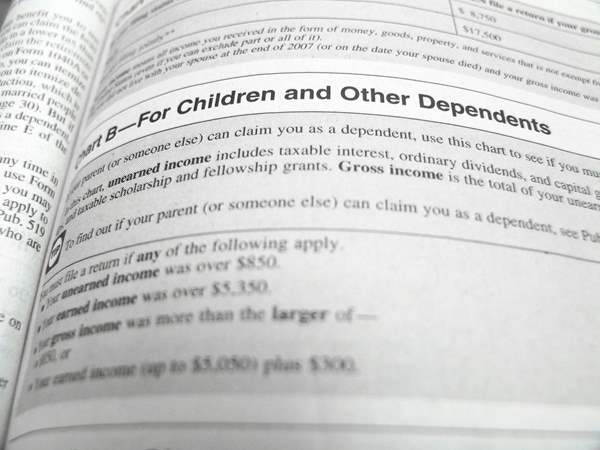 Even though you’ll no longer receive an exemption per dependent child on your taxes, claiming dependents still matters because it affects other tax benefits. Being able to claim a dependent child can means you’ll be eligible (under certain situation) to:

Which Parent Can Claim a Child as a Dependent?

Only one divorced parent can claim a child as a dependent. It’s common for the custodial parent – the one the child spends more than half the year with – to claim the dependent.

The IRS has stipulated conditions for claiming a dependent child. For example, the custodial parent is the one with whom the child resides the greater number of nights during the year, regardless of the terms of the divorce decree. If the number of nights spent with each parent is equal, then the parent with the higher adjusted gross income is considered to be the residential or custodial parent.

Claiming a child as a dependent can further be complicated when parents share joint physical custody. Only one parent can claim the child on their taxes. In these situations, it is often spelled out in the divorce decree that the parents will take the claim in alternating years. If the divorce didn’t address the issue and there is more than one child, each parent can claim a child on their taxes.

Generally, only one parent can claim the child-related tax benefits for a child, but it depends on the various rules on the credits and the filing status.  Below is a general overview of the tax credits and who gets to claim them. You can also see Publication 504, Divorced or Separated Individuals for more information.

The child tax credit provides up to $2000 in credit per each qualifying child under the age of 17 (there are income restrictions so talk with your tax advisor).  This credit can reduce your taxes by up to $2000 per child if you owe taxes, or up to $1400 per child that is refundable if you don’t owe taxes.

The Child Tax Credit income limit has been increased to $200,000 for 2018-2025. This means you will qualify for the credit if you earn less than $200,000, are filing separately, and can provide a valid social security number for your dependent child.

This tax credit is refundable, meaning you could receive money back after the credit is deducted from the amount of taxes you owe. The earned income credit is a tax break for low income workers, and the credit it directly tied to the number of dependent children and the taxpayer’s income. This credit is available to custodial parents whose children who reside with them for more than half the year.  A non-custodial parent cannot claim this credit.

This credit helps cover the cost of child care so parents are able to work. To apply for this credit, the qualifying child must be younger than 13 years old or disabled and has lived with you for more than half the tax year. This credit is based on the custodial parent’s income and is not available to a non-custodial parent. This credit is not refundable, which means it can reduce how much you owe in taxes, but won’t refund what is left over.

This filing status is only available to the custodial parent. To qualify, your child must be younger than 19 (or 24 if a full-time college student) and have lived with you for more than half of the tax year. You must also provide more than half of the household expenses. If you qualify, filing as head of household allows you to claim a larger standard deduction and pay a lower tax rate than the single tax filing status.

As an additional note, if you decide to revoke your release of claim to the exemption, it will not be effective until the tax year after you've provided the non-custodial parent with a copy of the revocation. For example, if you revoked the claim to exemption in 2018, the earliest tax year it will be effective is 2019.

Be Aware that Tax Laws Change

It’s important to note that the Tax Cuts and Jobs Act change will revert on Dec. 31, 2025. This means the Child Tax Credit will revert back to $1000 per qualifying child and the income threshold will be reduced, among other things. Of course, Congress can change the law or extend the expiration date in the meantime.

Along with who will claim the dependent tax deduction, another thing to consider is which parent will get to claim head of household for tax purposes. Find out what your options are in the related tax articles below: