Warning Signs of an Abuser

The warning signs of an abuser are often easy to dismiss. While you may think that your husband or boyfriend is just "hot-tempered", his actions may be giving you clues to something more. The following article points out some of the characteristics of a potentially abusive man, and why you shouldn't lightly dismiss the signs.

It's not easy to spot an abuser. After all, they aren't some three-headed monster that people run screaming from on the street. And they don't come with warning labels so you'll know to avoid them.

In fact, people with abusive personalities are generally sociable and well-respected members of society. Most are charming and self-assured in a crowd. And when allegations of abuse come up, people who know the couple are often shocked and may not believe the victim. 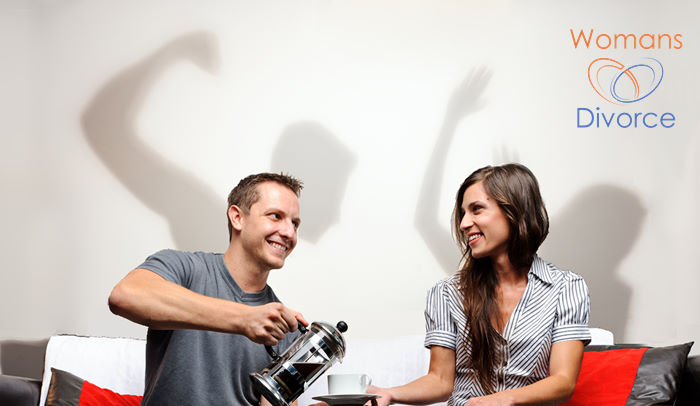 If it's hard to recognize an abuser by outward appearances, how can you protect yourself from entering into a relationship with one? There are some red flags which indicate signs of an abuser that you should be aware of in any relationship.

Below are some behaviors commonly found in people with abusive personalities, and they apply to both genders. Women are equally as capable of being an abuser. It's just not as recognized because men rarely report the abuse. It's important to note that some of these qualities exist in people who don't abuse. But the tendency for abuse becomes more predictable as the number and intensity of abusive characteristics increases.

Classic Warning Signs of an Abuser

Rushes the relationship - When dating, you may feel pressured to make the relationship exclusive after just a few dates. He may seem overly jealous and accuse you of flirting with other men. It's as if he's obsessed with you, calling, stopping by, and sending numerous texts throughout the day. It starts out as a whirlwind romance and you're not given time to process how you really feel about the whole relationship. Many women find themselves trapped in an abusive marriage after getting engaged and married soon after they started dating.

Likes to be the center of attention - Do all your conversations revolve around him; on what he's doing or his latest achievements? Is he focused on acquiring status symbols to inflate his superior image? Abusers tend to be self-centered and will point out how they are more talented or smarter than someone else. And they tend to downplay your achievements and will take little interest in what is important to you.

Has poor impulse control - A person with an abusive personality is prone to mood swings and gets frustrated or flies off the handle easily. Do little things set off an explosive temper, resulting in road rage, breaking or throwing things, or lashing out at innocent bystanders? These are not healthy responses to anger. Once the anger has passed, does he shower you with gifts and apologies to make up for his behavior? Impulsiveness also often leads this type of person to have one-night stands and if caught, will make excuses by claiming it was a drunken mistake and it didn't mean anything.

Drug or alcohol abuse - Substance abuse doesn't cause domestic violence, but often contributes to argumentative situations. And an abuser will often excuse their behavior on the alcohol or drugs.

Has an abusive history - Many abusers experienced controlling behavior or abuse as a child. And they may use it as an excuse for their actions, saying that's the way they were raised. This often pulls the heart-strings of their romantic partner, and they will overlook outbursts and try to make up for their partner's bad upbringing. Another red flag is if your partner was in a previous abusive relationship but downplays his behavior by saying he was only defending himself. Or he may claim she pushed him to that level, but you're nothing like her.

Has a sense of superiority - Many abusers feel like they deserve special treatment and resent having to wait on anything. He may consider his feelings as being more important than yours or anyone else's. People with abusive personalities often act superior to others and will be rude to waiters or service personnel. They are also highly critical and will mock or dismiss others feelings or problems.

Blames others for his problems and feelings -Abusers have somewhat of a pessimistic attitude and complain that life isn't fair. Bad days are often an excuse for angry outbursts. The abuser is easily insulted and takes the stance that setbacks are always someone else's fault. A more subtle sign may be if you are compared in a very positive light to his exes, who he only has bad things to say about. Eventually you will become the focus of his distain.

Lacks empathy - Abusers often disregard the feelings of others, saying a person is being too sensitive or needs to grow up. Another less obvious sign is cruelty towards animals, such as being mean when playing with a pet or using excessive punishment (such as kicking the dog or throwing the cat).

Disregard for rules - A person with an abusive personality has little respect for rules and may be seen as a rebel. They may have a history of past or present criminal activity and think law enforcement is out to get them. They were often delinquent during school or have been fired from numerous jobs for showing up late or not showing up at all. A more subtle sign is persistent lying to avoid the negative effects of their behavior.

Sexual Intimidation - When you first started dating, you may have felt pressured into having an intimate relationship before you were ready. Once the relationship progresses, the "playful" use of force in sex may come up when acting out a fantasy. A person with a controlling personality may also initiate sex when you're asleep, will guilt you into getting what he wants by sulking, and shows little concern for your wishes or satisfaction. Eventually you feel more like a sexual prop than a partner who is loved.

Shift in Relationship Dynamics - You may feel like your partner has unrealistic expectations of you. It's like you're the center of his universe and are responsible for meeting all his needs, physically, emotionally, and domestically. He wants you all to himself and resents any time you spend away from him with your friends, family, or activities. You may notice that he uses sarcastic humor as a subtle putdown and he tends to disregard your opinions and accomplishments; downplaying them as minor and unimportant. Eventually, this disrespect comes in the form of snide remarks about your appearance, cooking, driving, etc. It's like you can do nothing right.

Having many of the Traits above - Having one or two of the above characteristics to a slight degree does not necessarily mean that a person is an abuser. It's the cumulative effect of many of the above behaviors that signals that a person may be bad news for you. Listen to your inner voice and don't think you can reform a "bad boy". The pattern of abuse only escalates as time goes by.

Why Women Fall for an Abuser

Abusers are attracted to women who are "pleasers", vulnerable, or easy to manipulate. They may look at a man's flaws and think they can change them with enough love. And while it's often quoted that most women in abusive relationships have experienced abuse from their family or prior relationships, that's not always the case.

Women who were raised in a healthy environment and have had normal relationships with other men may also fall victim to an abuser. They just have the assumption that someone who loves them will treat them with respect and reciprocate their love. When their partner fails to do so, they may try even harder to win their love. And thus begins the downward spiral of domestic abuse.

If these warning signs of an abuser ring a bell in your relationship, the following articles can give you more information about abusive relationships: