Helping children adjust to divorce is a challenging, but these tips on making visitation easier can help ease the transition for children that will be growing up in two homes. 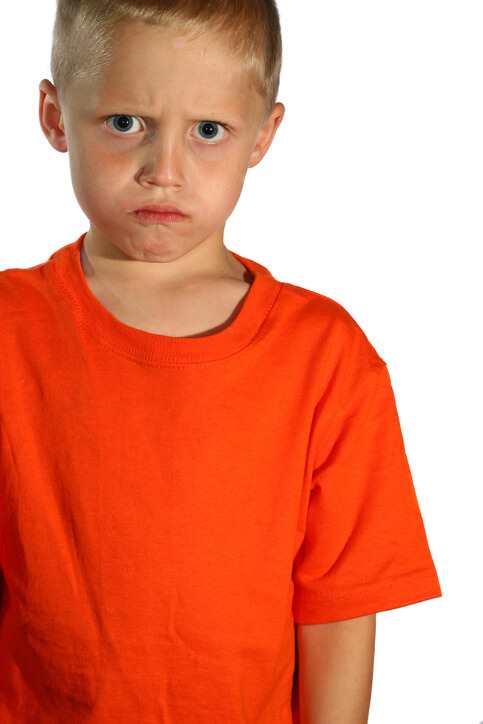 Split-family living isn't easy. Children of divorce often ride a roller coaster of emotions that can sometimes make even the best of divorces seem chaotic. They withdraw. They throw tantrums. They refuse to eat. They cry. They get angry. They say horrible things. Even when both parents are very involved and there is absolutely no abuse or other negative activity going on, kids go berserk.

Sometimes they dig in their heels and refuse to leave one parent to go to the other parent's house at switch time. You're in the middle of a switch and your child refuses to go. What can you do? Here are ten ideas to keep in mind if you ever find yourself in the middle of the switch battle.

Don't talk negatively about the other parent.

Children tend to be natural pleasers and they don't want to disappoint you by going over to the other side. They also may interpret some of the negative things as things to be afraid of. They may feel fear and guilt about visiting the other parent. It's tough for a child to hear double talk, one minute you are berating your ex the next to are telling him that everything is okay and he should feel fine about going.

Let them know that you are okay with them going.

Don't let your child think you are lonely or sad when they go to the other parent. Children don't want their parents to be upset and might react thinking they are saving you some despair.

Make sure that at both places the child has his or her own space.

It may be tough to have to spend time at one parent's house if the setup is drastically different. They may need a place to go for quiet time, and probably don't like sharing a room or sleeping space with their parent. Get creative if you have to.

Schedule the switch around a neutral event.

For example, one parent can drop the child off at school, a birthday party, or some other event. The other parent can pick them up. That eliminates a lot of the difficulty of the situation. Kids aren't looking at both parents and feeling like they are choosing sides.

Do all of the communication with your ex-spouse yourself.

Children should not be relaying messages about scheduling or child support. Your child may be trying to avoid having a conversation that should be held by adults, especially if he knows it's not going to be well received.

If it's possible, spend some time together as a family.

Talk to your child.

Find a book on the subject of divorce or split family living. It is bound to make your child open up and share her feelings at a more neutral time. The conversation may reveal some insight on what the issues really are. It could be as simple as there is no night-light at the other house, but they are afraid to tell you.

Both parents should call the children when they are away.

Reassure them that you haven't forgotten them and that you are doing fine but looking forward to their return. Encourage your child to call the other parent if they want to on their own as well.

Be actively involved with your child.

The parent whom the child refuses to visit must be actively involved with them while they are there. It does not help to be working or doing other projects that make a child feel left out. The parent whom he refuses to leave must be careful not to overdo the activities. It's not a competition.

Be encouraging and understanding.

It may take time before kids have adjusted to living in two households. Encourage the child to go to the other parent's house. Be understanding if your child doesn't feel comfortable coming with you. Time, love, encouragement, and understanding will help.

Even though divorce tends to make you feel bitter towards your ex, your efforts toward making visitation easier will ultimately help your children. The following articles offer more advice on helping ease visitation problems: