Once you're separated or divorced, one of your goals is probably to have as little contact with your ex as possible. But, there are still things you need to communicate about - when the child support is going to be paid, what time you'll be dropping the kids off, whether you can switch weekends, and so on. It's easy to see your child as a simple way to convey a message to the other parent. After all, you're thinking, if it helps me avoid a confrontation, it's got to be good, right?

Wrong. In my practice as a law guardian (an attorney representing children in divorce and custody cases) the most common problem kids had after a divorce was that their parents used them as messengers.

The Effects of Making Your the Messenger

But it sounds harmless to ask your child, "Can you give this envelope to Mommy?" or "Could you tell Dad I'll be 15 minutes late tonight?" But when you do this, you place your child directly into the center of the conflict. Even when your divorce is said and done, in your child's mind the conflict is ongoing and is a constant part of his or her life. 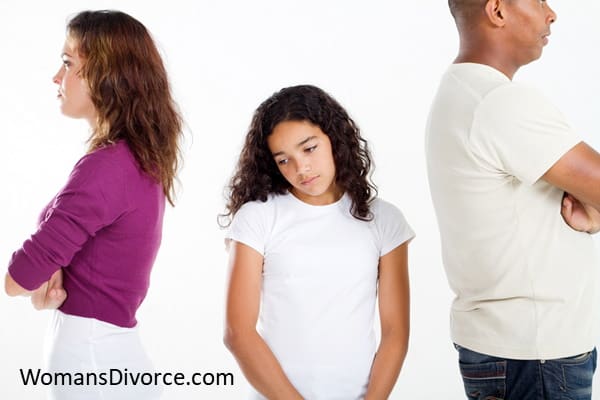 The simple fact that you are unwilling to talk to each other is a red flag that there is conflict. Every message you ask your child to carry has some kind of emotional undertone to it and you're asking your child to be mature enough to handle that.

It doesn't matter how old your child is or how smart she is. Children of divorce and separation are highly attuned to their parents' emotions. No matter how many times you reassure them, a small part of them is always certain that somehow, someway, it is his or her fault you got divorced. Because of this, the child is going to interpret any negative reaction as being directed at him or her, not at the other parent.

So how do you avoid the kill the messenger syndrome? Simply do not, ever, ask your child to carry or convey a message to the other parent.

Come to the door or car yourself and talk to the other parent. Or call him or her later. Or if you're absolutely unable to do any of that, stick a note in the mailbox or send an email. Adult communication has to happen between adults.

And though it might be easier for you to have your child convey a message, in the long run it will do more harm than good. Do whatever you have to do to get your child out of the line of fire.