The question of getting an annulment vs divorce is one that comes up often on this site. There are pros and cons of each, so you need to understand how they differ before deciding which would be best in your situation.

Annulment and divorce are both legal processes for ending a marriage, but they differ in how the marriage is treated. Basically, a divorce ends a legally valid marriage, while an annulment ends a marriage that was invalid from the start. 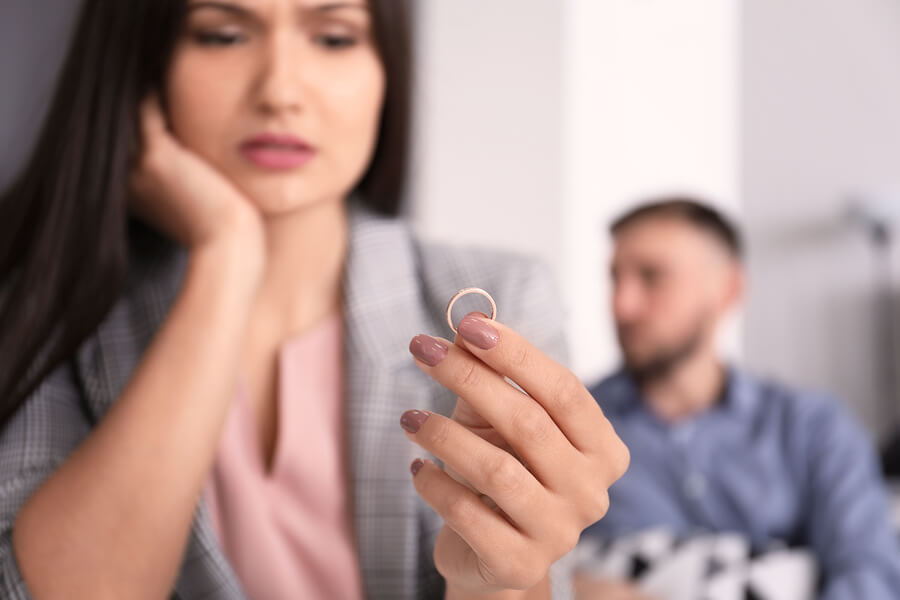 Why Have a Marriage Annulled?

In some cases, the primary reason for an annulment over a divorce is a financial one. In most states, an annulment basically says that an official union never existed. Therefore there is no property division because all property and debts are assigned back to the person who owned them prior to the marriage.

There can be other factors for choosing an annulment, including something you found out about your spouse after the marriage that you were not aware of prior to the marriage.

Perhaps you were led to believe your spouse wanted to have children. Yet as soon as you said “I do,” he told you he never wants to have children. Perhaps one spouse hid the fact that he or she was already legally married to someone else.  Or perhaps one spouse failed to disclose the fact that he or she was deeply in debt; a debt which could become the new spouse’s problem following the marriage. Any failure to disclose a material fact could, conceivably, become grounds for an annulment.

Your specific situation, where you live, and the advice you receive from your family law attorney must be taken into consideration when you are considering the best course of action.

Benefits of an Annulment vs. a Divorce

If you want to remarry, the annulment process is generally fast and will allow you to remarry much more quickly than with a divorce. All pensions, social security benefits and insurance benefits will be reinstated upon the finalization of the annulment.

Benefits of Divorce over Annulment

An annulment may, in some cases, be more difficult to qualify for than a divorce. An annulment deals specifically with issues and fault such as force, fraud, incompetence, impotence, bigamy and underage marriage, while a divorce can be filed as “no-fault.”

It is important to remember that you will have to prove your allegations of fault in an annulment. While in a divorce you are not required to offer proof of fault when you file under “irreconcilable differences,” or no-fault.

A divorce decision can be given without the appearance of either party in court, while both individuals must be present in court to finalize an annulment. Spousal support as well as retirement, disability benefits, and division of assets must all be determined in a divorce. An annulment, on the other hand, essentially puts financial issues back to the way they were prior to the marriage. In a divorce, any prenuptial or post-nuptial agreements will be upheld, while in an annulment they will not.

Following a divorce, you are considered “divorced” and depending on your religion, you may have difficulty getting remarried. An annulment on the other hand, makes the marriage like it never happened. Therefore you are free to remarry, regardless of your religious restrictions. If you have your marriage annulled, you are considered “single” or “unmarried,” rather than “divorced.”

The Financial Impact of Annulment vs. Divorce

As noted above, following a divorce the spouses are usually entitled to spousal support, a portion of one another’s property or assets accrued during the marriage, retirement benefits and even Social Security benefits.

An annulment, on the other hand, offers none of these benefits because the marriage will be as though it never occurred. There is no spousal support for either party. And each party will retain the assets he or she had when the marriage occurred, regardless of whether they live in a community property or equitable distribution state.

This means there will be no arguments over the division of assets, including retirement benefits. Essentially, when an annulment takes place, the courts will seek to restore each party to the financial state he or she had prior to the marriage. This means that if you are the financially weaker party in the marriage, it would likely be to your advantage to file for divorce, rather than annulment.

If the two of you had children following the marriage, those children are considered legitimate even if your marriage is annulled - just as they are following a divorce. Both parents will still be legally obligated to financially support the child or children of the union regardless of whether you obtain an annulment or a divorce.

Visitation and custody will be determined by the court if the two of you are unable to come to a mutual agreement following an annulment - just as it would be after a divorce. In other words, if the two of you have a child or children, it makes absolutely no difference whether you obtain an annulment or a divorce as far as the children are concerned. Some people believe they will be “off the hook” for child support if they obtain an annulment, however this is simply not the case.

A religious annulment is very different from a legal annulment. They are two completely separate processes. Each religion has its own guidelines regarding divorce and annulment, with permission being granted by religious clergy or through written guidelines - although religious annulment most often occurs within the Catholic religion. The rules for annulment in your particular religion will determine whether one, both, or neither of you has permission to marry again within your religion.

On the legal side, the religious determinations are not a factor when making rulings regarding an annulment. Remember—just because you obtain a religious annulment, your legal marriage stands until it is legally annulled.

There are no hard statistics on legal annulments, but the number of divorces and annulments granted each year is declining 1 . The decrease in the number of annulments is probably tied to the fact that living together has become so much more acceptable.  As a result, couples may find out things about one another while living together which otherwise might be grounds for an annulment before they agree to walk down the aisle.

As you can see, there are many considerations when deciding whether you should file for an annulment vs divorce. Let your family law attorney guide you in this decision to ensure you make the best decision for your future.