Grieving After a Failed Marriage

Grieving what you have lost is an important step in moving on after a failed marriage. This entails letting go of the hopes and dreams you had for your future together and coming to terms with the ugly parts of your marriage. By working through the emotional aftermath, you can successfully start to move forward. Below are stories of how three women handled their grief.

Mourn Your Divorce – Chronicles from Mourners 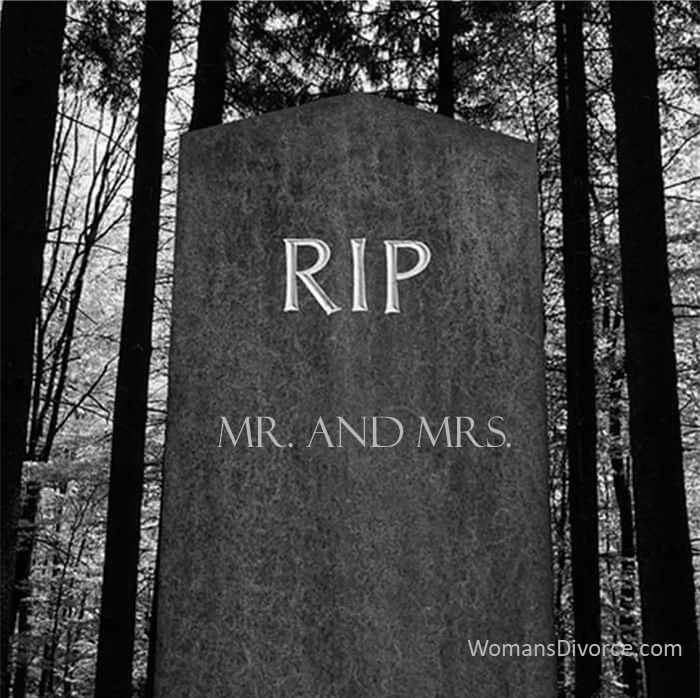 You are probably wondering about all the tears you've cried and whether what you are going through emotionally during your divorce is normal. The good news is that what you are feeling is all part of the process of divorce grief!

In this article, I share true stories from three women who gave themselves permission to cry over the loss of their marriage and how each handled it differently.

Divorce is the death of a marriage and can signal the birth of a new life. To commemorate this transition, some people will throw a divorce party, complete with all the fanfare of a wedding.

Kerri's Story: On receiving her final divorce papers, Keri invited her bridesmaids to her apartment for her “divorce party”. Her bridesmaids flew in from all parts of the country the same way they did the week she tied the knot. They prepared and fussed about the party’s agenda, deciding on exactly what they would be doing during this unusual event. The highlight of the festivities was the wedding dress, and they fussed about it the way they did during her wedding six years prior.

Halfway through the party, Keri brought in the dress and spread it on the dance floor. She gave a speech, talked about how her marriage fell apart and how disappointed she was but also happy that the ordeal was finally over. Her maid of honor stood by her, together with the other 6 bridesmaids holding their champagne glasses. At the end of the speech, there was a toast and an invitation to pour champagne, cake, food, chips and salsa on the wedding dress!

For the rest of the evening, the dress remained on the floor to be toppled, kicked and destroyed while the women danced, screamed, got drunk, silly and happy that Keri had finally gotten out of her misery. From that point forward, the future looked bright again.

Lean on Supportive Friends and Family

This is my story: I had sat on my decision to get a divorce for two years. I cried the day I made the decision to visit the courthouse and file for my divorce. Earlier that day, I had called my friend Diane to help me file the papers.

As I look back on that request for help, I found myself feeling overwhelmed and clueless about what to do, even though this was my second divorce! First off, I got lost going to Diane’s house. I went north instead of south towards her house, a route I had made many so many times before.  I realized that I was temporarily disoriented.

I stopped at a gas station and called Diane’s sister for directions when I realized Diane wasn't answering because her cell phone needed to be charged.  Her sister's instructions did not make sense; it was like my brain had left my head and I could not follow what she was telling me. I waited at the gas station for 15 more minutes for Diane’s phone to recharge so that she can navigate me to her house as I drove.

As soon as I entered her front door, I sobbed even more as I fell into her arms. I asked her to pray for me as I continued to cry quietly leaning on her kitchen counter.  Shortly after, Diane rushed to the kitchen and made me some strong hot coffee with Kahlua.  I drank it down slowly, taking it all in as I slowly began to feel better. We then took off to the courthouse where I filed for my divorce. The next day I got on a plane to spend Christmas with my sister's friends in the San Francisco Bay Area. It was the best Christmas ever!

Beware of Acting Out Your Vengeful Feelings

Amy's Story: Amy revolutionized her mourning after a failed marriage! She discovered she had been suppressing her feelings about her ex-husband’s remarriage and new wife. When she realized that it was perhaps too early to be friends with him, given the circumstances surrounding their divorce, she tricked him into inviting her to his house (their former home together).

After a drink or two sitting in the living room, she got up and started ranting about all that happened during their marriage, his infidelity, and the deceit! She reached for a baseball bat and broke everything in sight at the kitchen counter and table. As he attempted to stop her, she ran out the door, got into her car and left! Afterwards, she moved on with her life in a big way and never looked back. She got remarried and built a happy life with her new husband. She even said she forgave her ex and is friends with him today.

Even though everything worked out okay for Amy, it's not a good idea to let you need for revenge get the best of you. Acting on vengeful feelings can end up landing you in jail for battery, assault, or destruction of personal property.

A better way of handling the residual anger and bitterness towards your ex is to acknowledge the hurt you've experienced. Talk with someone about how you are feeling, or write it down in a journal. Give your anger a safe outlet that won't get you in trouble with the law.

Tips for Mourning After a Failed Marriage

If you have not allowed yourself to mourn your divorce, here are a few tips on how to handle it and work through your grief!

You might also consider selling your wedding ring if all it does is bring up bad memories. You can then use the money to buy something that signifies the new life you are building for yourself. One reputable site to check out is Worthy, an online diamond auction site who will work to get the best price for your ring.

Dealing with Your Emotional Pain

What to do with Your Wedding Ring after Divorce