Fighting over pet custody has caused many divorce negotiations to come to a screeching halt. After all, pets are more than just mere possessions to be divided in the settlement agreement.  They often hold a special place in their owner's hearts, and the thought of not being able to interact with them on a daily basis can cause a lot of anguish.

If you are finding yourself in a custody dispute over your pets, the following article can shed some light on your rights and the best way to handle the situation.

Custody of children is a hotly contested issue in many divorces, but many divorces also involve a heated debate about the custody of small furry children as well. Pets are like children to many people and the thought of no longer living with or seeing a beloved dog or cat (or other animal) can be very upsetting. 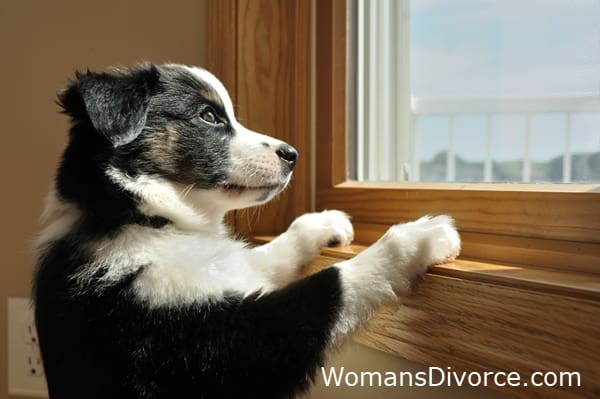 If you're in a situation where custody of your pet is an issue, the first thing you need to do is understand what the law is. In almost all states, pets are simply property. They have no special status under the law and are not viewed as children (although there is growing movement to have this changed). They are simply an object to be divided in the divorce. That being said, there are more and more cases popping up where judges do allow special testimony about the pet and make rulings that involve "visitation" with the pet.

How Pet Custody Is Decided

When a court takes the time to consider how to share time with a pet, the judge will be interested in the following factors:

Another important factor involves whether there are children. When children are involved, the pet almost always will remain in the home with the children because of their attachment to the pet. Divorce itself is traumatic enough for a child, but to also have the family pet taken away from the primary residence is an additional blow no child needs to deal with.

Because there's no way to know how a court will react to your pet custody dispute (some courts will have no time for such an argument and will just treat the animal as personal property), if you and your ex can work out a plan to share time with the animal, you'll be able to craft an arrangement that will work for both of you and allow everyone to continue to maintain a relationship with the animal.

Some things to consider include:

Some couples work out an agreement (or ask the court to decide) about the pet's expenses. Probably the biggest expense is vet bills, but grooming, food, dog-walkers, and training classes can also be quote costly.

If you are sharing time with the pet, it makes sense to find a way to share expenses. Consider apportioning the expenses in the same way you share time. If you have a 50/50 time split, a 50/50 split for expenses makes sense. A 20/80 time split would indicate a 20/80 expense split.

Getting pet custody established and ensuring ongoing contact can help ease some of the bitterness people feel after divorce. It's not an easy journey, but the following articles can help you work through some of the issues you may face.