Dividing debts in divorce doesn't appear to be complicated issue for most people. After all, it's usually standard procedure to assign certain debts to each spouse as part of the divorce decree. 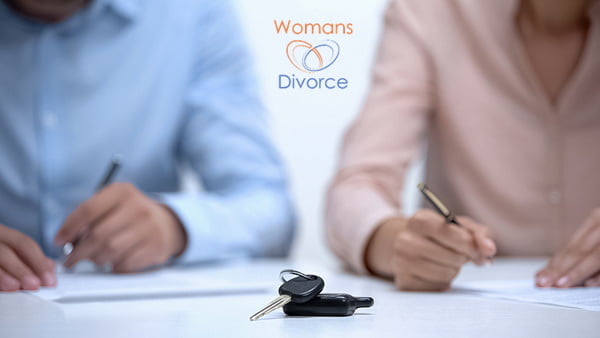 But many divorced people have learned the hard way that a divorce decree doesn't change the contracts they made when they were married. If you jointly acquired a debt with your spouse, both of you are equally responsible for repaying the loan, regardless of what your divorce decree says. Basically, agreements between you and your husband will have no effect on any agreements made with creditors.

The rest of the states are equitable distribution states. In these states, marital assets and debts are divided in an equitable manner. This doesn't mean the court will split the debts equally, rather the court will determine a division of debt that is the most fair and even. Some things the court will take into consideration in making this determination are:

If a debt was incurred solely by one spouse and the other spouse did not benefit from the purchase, this debt sill likely be deemed a separate debt and not divided between the spouses. For example, a spouse who runs up credit card debt facilitating an illicit affair will generally be responsible for the debt in a divorce.

As if being responsible for joint debts wasn't bad enough, you also need to be aware of how debt responsibility for individual accounts is handled in different states. In community property states, both spouses may be held liable for all debts incurred during their marriage. These states are considered community property states, and creditors can hold you responsible for repayment of your spouse's debt, even if he never informed you about the debt.

If you live in one of the above states, it is vitally important to have full financial disclosure before you start negotiating your divorce settlement. This involves having a detailed listing of all debts, including account numbers, names on the accounts, and amounts owed on each account. You can start gathering this information by looking at credit card statements and loan documents. It's also a good idea to order a copy of your credit report to determine if there are any debts you weren't aware of.

Adding an Indemnity Clause to Your Divorce

If your spouse will be responsible for a debt after the divorce, you need to be sure to add an indemnity clause to your settlement agreement. Worded properly, this will give you grounds to take your ex back to court to be compensated for any money you have to pay as a result of his defaulting on a loan. An indemnity clause will also give you means to have the debt removed from your credit report. You should discuss this matter with your lawyer, especially before you sign the final divorce papers.

Protecting Your Interests on Secured Loans

No matter which state you live in, don't allow your name to be taken off property deeds or vehicle titles if your name is still on the loan. If your spouse will be keeping the home or vehicle, you need to make certain that the loan is refinanced in his name only. In fact, you should add a clause in your divorce agreement requiring the loan to be refinanced.

Unfortunately, what often happens is that one spouse keeps the house and the other signs the quitclaim deed, but the mortgage is never refinanced in just one person's name. Later on, when the mortgage goes into default, the innocent spouse is held equally responsible for the debt, but yet has no claim to the actual house.

The lesson here is that you shouldn't remove your name from any deed or title if your name is on the loan. There is nothing worse than having to pay for something you no longer own.

To find out more about the different aspects of dividing debts in divorce and get tips on how to protect your credit, keep reading: