How to Choose a Private Investigator

The following article discusses how to choose a private investigator in Colorado, but the tips apply to choosing a PI in other states as well. You want to choose someone who will handle your case professionally and be able to present evidence that will stand up in court if it comes down to it. You can always ask your attorney if he or she has any recommendations. But not all attorneys will know a qualified PI to refer you to. Because qualifications and experience can vary so widely in this field, use the following suggestions to guide you in your search.

Choosing a Private Investigator in Colorado

API is often asked about how to choose a private investigator in Colorado. Finding an investigator in this state can be a tricky process and one which can be quite expensive if the right decision is not made before the investigation is initiated. 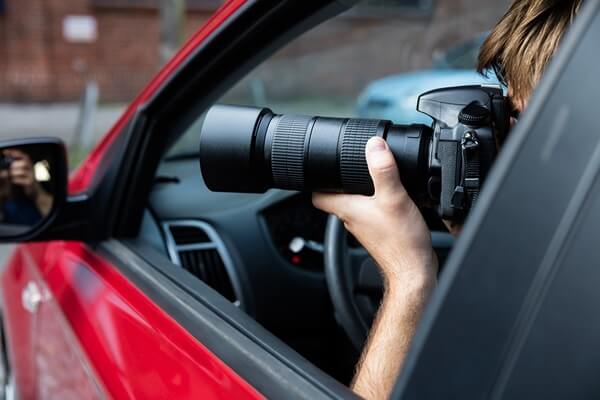 Businesses that advertise as being a member of Tom Martino's exclusive referral list at Troubleshooter.com have also gone through a background check before placement is allowed on its list. As with other professions, the Better Business Bureau should also be checked to determine if there are any consumer complaints filed against an investigative agency.

Make sure to ask the investigator how many years of experience he or she has, particularly in the specific type of case that he or she will be working. A good question to ask is how many cases in a specific field that investigator has worked in the past year. Another question to ask is if there will be any other investigators other than the one being interviewed that will be working on the case. A surveillance investigator will probably not be the best bet in conducting a computer forensics investigation, and vice versa. College education, though not necessary, can give an indication as to the investigator's research and report writing abilities and overall intelligence.

Private investigators who are passionate about their industry are more than likely going to be involved in associations/organizations and the PI community in general. This is often a way to "weed out" the fly-by-night companies from the respectable and qualified companies who will utilize competent investigators. In Colorado, once again PPIAC is an organization in which investigators network with each other and is also constantly monitoring legislative bills which could potentially affect the way private investigators can operate in this state. In fact, PPIAC has lobbied to bring investigator licensing to Colorado.

Fly-by-night and shady investigators likely won't care to be involved with organizations or other investigative agencies for fear of exposure. The shady types also won't care about most legislative efforts which pertain to the investigative community as they often use unscrupulous methods to conduct their investigations anyway.

Another consideration to be made that often reveals the full-time agencies from the part-timers (and most likely less experienced) is by looking at the insurance that the investigator/agency carries. Most insurance companies, law firms, and corporate clients require a $1,000,000 per occurrence liability insurance to be in place prior to using the investigator's/agency's services.

It is amazing the information that can be obtained by simply using Google or a similar search engine to look up an investigator. Online public records and newspaper postings can reveal consumer complaints, DUI's, bankruptcies, domestic violence, sex offenses, tax evasion and other criminal records which have made their way onto the internet. It is important to run a query on the investigator AND the agency. Be sure to consider slight variations in the spelling of the investigator or agency's name. The search engine results can also give you an indication if the memberships that the investigator claims on their website are current and valid.

Some investigators will advertise and post their cases as having made the television news or talk shows. Keep in mind, however, that not all investigators work high-profile cases. Homicide and missing-person investigators will likely make the news more often than background check or asset check investigators or investigators that handle a large volume of process services. Also keep in mind if you want your case to remain confidential after it is completed. Clients who are involved in marital infidelity may not want their case discussed on Oprah.

Websites and online postings, brochures, business cards, and other writings should be looked at to determine an investigator or agency's writing ability. Spelling and grammar should be noted. Poor spelling and grammar will translate into a poor report. API's philosophy is that the report makes at least half of the entire investigation.

If an investigation which contains video and still pictures does not have a well written, accurate, and concise report to go along with it, the evidence will not be able to be well presented in court. Most reports should contain only facts and not the investigator's opinion, otherwise opposing council can and will pick apart that investigator in a court hearing.

A fact that is not well known outside the investigative community is that national companies usually use local investigators as sub-contractors to do cases. If the client hired the sub-contractor investigator directly, the same product could be received in a shorter time and likely for less money as there is no middle man. There are many national companies that advertise as having local offices in Colorado. However, most of these companies just have a post office or mail drop as an address to give the illusion of having a Colorado office.

API has left this subject till the end and there is a reason for this. Many clients will get tunnel vision when it comes to the hourly fee of the investigator and they use this factor as the only one in picking an investigator. This, of course can be a major mistake. You are not shopping for a shirt; you are shopping for a PROFESSIONAL service; one which requires skill, experience, and knowledge. A client should always look at the case as if it will go to court, even if it never does. It is very difficult to compare 'apples to apples' in picking an investigator. More appropriate questions that clients concerned with the cost can ask are: Can the client set a cap on the fees and expenses of the case? Can the investigator/agency give an estimate of the cost of completing the case?

Investigators have different fees depending on the case. The fees can include travel time, vehicle rental, mileage, toll charges, hotel/meal reimbursements, report fees, court copy/document retrieval fees, court appearance fees, video/audio copy fees, telephone calls, etc. The investigator should also give updates or progress reports. Keep in mind, however, that with all other charges being equal, if a $70/hour surveillance investigator can give the same results in 5 hours versus a $50/hour investigator can give in 10 hours, which is the better deal?

In addition to hiring a private investigator for you divorce case, you will probably also need to consult with other family law professionals. The following articles can help guide you in this process: