It appears our fascination with social media can both contribute to getting a divorce as well as cause problems during a divorce. Find out how social media causes problems in a marriage, what you need to know about Facebook and divorce, and why you should be cautious when posting.

Far too many spouses believe the time they spend on Facebook or other social media has little to no impact on their marriage, however the truth of the matter is that social media can be a significant source of relationship temptation and drama. 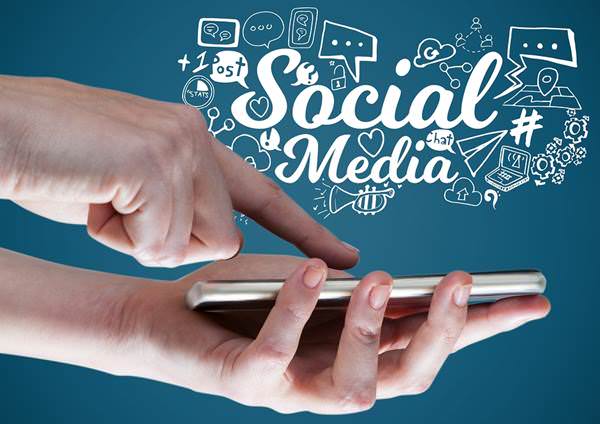 While you may believe your little flirtation with an old boyfriend from high school is really no big deal, your spouse may think otherwise. Not to mention the fact that with Facebook, Instagram, Twitter and other social media sites, unless you are technologically savvy enough to cover your tracks and delete your history, the evidence is right there in black and white, just waiting for a jealous spouse to find.

Social media can be addictive

Even if you are not doing anything on social media you wouldn’t want your spouse to see, many spouses object to the amount of time their significant other spends on social media.  It’s true, social networking addiction can interfere with other aspects of daily life—so much so that researchers at the University of Chicago concluded social media addiction may be stronger than addiction to alcohol and cigarettes (1).

Harvard University researchers hooked people up to MRI machines to conduct brain scans on test subjects who were engaging in social media.  The study found that when these people talked about themselves—a key part of what most people do on social media—the brain’s pleasure centers were activated. A researcher at Massachusetts Institute of Technology, Sherry Turkle, wrote a book about the impact of social media on relationships titled Alone Together: Why We Expect More from Technology and Less from Each Other. Turkle found that, paradoxically, social media can actually make us feel more alone.

It is telling, to say the least, that the American Psychological Association has been repeatedly asked to add social media addiction to the “official” medical bible of disorders. So far, the APA has refused, but it is fairly likely that one day social media addiction will be classified as a medical disorder.

Yet another study, published in the Journal of Cyberpsychology, Behavior and Social Networking, concluded that those who spend more than an hour a day on Facebook are more likely to have conflict with their spouse or romantic partner (2), and this conflict often led to breakups and divorce. The hypothesis of the study was that either a partner who frequently used social media, or a partner who felt compelled to monitor the other’s use of social media, could lead to jealousy and misunderstandings.

Consider the following statistics regarding relationships and social media (3):

You may think it’s fairly harmless to post about a party you went to with friends, but if you happen to be in the middle of a contentious custody battle, you could find that words you thought were totally innocent could now be used to prove you are unfit as a parent. Or perhaps you posted snarky comments about your soon-to-be ex on Facebook, Twitter or Instagram, only to find those posts being read aloud in court, in front of the judge. If you think this might be embarrassing, you might want to consider taking a break from social media during your divorce.

In other words, the consequences for sharing certain things on Facebook or other social networks can be more serious than you might ever imagine. You should never, ever post anything on Facebook—or anywhere else for that matter—that you would mind your ex, his lawyer, his parents, your parents, your boss, your children or the judge seeing. While emotions run high during a divorce remember that thoughts or feelings posted online which are poorly thought-out can lead to lasting damage in your divorce or custody case.

A picture may be worth more than a thousand words

No matter how tempting, avoid posting any type of photos online which show you in a compromising situation, particularly involving drugs, alcohol or the opposite sex. Before you post any photo at all, ask yourself if you would care if the same people listed above saw the photo, or if it could hurt you in the divorce or your quest for custody of your children.

If you are the least bit unsure of the answer—don’t post the photograph. A photograph posted in a fit of alcohol-induced rage can never be taken back. The same rules apply to photos of property or consumer goods, photos of friends and acquaintances, blog posts or any type of public or private e-mails, texts or other messages. As an example, a photo posted of your brand-new sports car, or your vacation to Hawaii could potentially impact spousal support or the division of marital assets.

If you do spend a fair amount of time on social media—and have no intention of curbing your habit—you might want to consider changing your passwords often, and keeping those passwords in a safe place.  Check out the privacy settings on Facebook-- read and understand those settings, then use them. Because FB’s privacy settings change often, make sure you keep up with those changes, blocking anyone from your pages whom you don’t want knowing your private business or thoughts.

The growing trend among law schools and bar associations is to educate attorneys on the best way to use social media to their client’s advantage during a divorce. So as a final word of advice, remember to de-friend your ex before you divorce, and use your common sense about posting anything which could be considered even remotely inappropriate.